One seemingly universal characteristic of people with AS is that they were bully targets as kids. I think being a girl made my experience a little different. In fact, when I first read about AS and bullies, I thought I might be an exception to the rule. My picture of bullies was someone strong arming you for your lunch money, literally. The picture of a squirrelly little guy being slammed against a locker was what I understood bullying to look like.
Then I got thinking. How about the tough girl who rummaged through my purse and took what she wanted, while I could only look on helplessly? Then there were a few years in middle school when I was the target of a couple of girls who threatened me with "kicking my a.. after school." Maybe they were just teasing, but I took them seriously, and even faked sick a few times when the threat seemed especially real. And there was the time when another girl threw a lunch tray milk carton, still full of milk at me, and then stood up and asked me in a threatening way what I was going to do about it. I ran away.
Less physically, but still hurtful were the 'socies', those girls with nice clothes, good looks, money, and popularity. Their sniggering remarks and sometimes demeaning questions, which I actually thought I must answer honestly have done a lot to shape how I feel about myself today, and how I relate to other people. Or the couple of times I was told I was a good dancer, and they wanted me to show them. Now, looking back, I know I wasn't a good dancer, it was just another opportunity for them to laugh at me.
I was a very smart kid. I was not ugly, although I thought I was. My clothes were homemade, back when mothers stayed home and sewed, and store-bought clothes were too expensive. Other kids had homemade clothes, and were not very pretty, yet they had friends. I always wondered what was wrong with me. I had never heard of Asperger's, nor had the rest of the world.
But the Asperger's had everything to do with the bullying. I didn't have a circle of friends, so I ate lunch alone, and walked through the halls alone. That was like having a target on my back. There was no one to speak up for me, to be a witness to other kid's baseness, perhaps to encourage me to stand up for myself.
And now, as an adult looking at reshaping my thinking patterns, I can see the imprint of all those years on my core beliefs.
Posted by Tabitha in Alaska at 7:22 PM 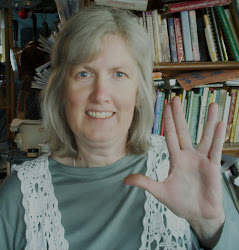